Here are basic tips for the start or the re-entry into the hobby model railroad.

All beginnings are simple! You know a model railroad from friends, magazines or from internet sites. To have your own model railroad is not that difficult. Rails, a locomotive, wagons, a control unit and off you go. Is it fun? Sure! If you want, you can continue to develop your new hobby. Let your imagination run free, start with the implementation of small ideas. The important thing is: implementing simple plans is just as much fun as buying a new locomotive! Never forget that - even if the latest offers from the manufacturers are tempting! Sometimes a short walk in nature is enough for a new idea, maybe a small branch found on your layout will turn into a big tree. Open your eyes at train stations, while riding the train - and the supposed cellar hobby will turn into a huge model railroad pleasure. It doesn't have to be a layout that fills an entire room, nor does it have to be every station building, every model house absolutely true to scale. There are starter packs from model train manufacturers for the beginning. But: A few tracks, a turnout, the material maybe even used, bought at a local model railway exchange - that's enough for a start. Be patient with your crafting skills, they will improve from time to time.

Track gauge - On the road to success

The size of the model railroad locomotives and wagons naturally affects the space required. There is something more about this below. First of all: In model making, the track gauge stands for the distance between the two rails. In the model, track gauge means the actual distance between the two tracks.
The selection starts with the very small track Z. There are certainly less accessories available in specialized shops, but there are quite nice design possibilities. One of the best known is the case system.
This is followed by the N gauge, with nine millimeter rail spacing. The advantage here is also the comparably small space requirement. Some manufacturers increasingly rely on this gauge.
On the other hand the fan community of the gauge TT, which was popular in former times particularly in East Germany, is dwindling in my estimate.
Now a classical author with the track width H0, half zero, in the graduation 1:87 comes. This track width is very common in the whole world, there are many manufacturers of rolling stock and accessories, a whole quantity of technical gadgets. One advantage is the possible richness of detail - and a lot of crafting fun.
On gauge 0 it starts to get big - this applies to the details as well as to the space requirements. In other words: it's more for small sceneries, but they make it big.
If you have more money and even more space, you can go to gauge 1, where a locomotive can cost a few thousand euros. It's nice, but also really expensive. Sometimes I wonder if this really has anything to do with model railroad fun. Or is it rather something for collectors? But there are also cheaper suppliers.
The same is true for other gauges, for example in the narrow gauge range - which is also available for the "right" railroad. Gauges such as H0m, Nm, H0e or the garden railroad gauges G or IIm for all those who also want to drive in the garden.

At least two parallel tracks, at least a six-track railroad station, a huge depot - and for many, this is only the beginning of the model railway dream. My tip: start smaller and have fun. It can still get bigger. The only thing is that the track construction takes at least as long for many people as it does for the big train. And some layouts have developed into permanent construction sites - the fun of the game often falls by the wayside.
In the beginning there is often the model railroad board - a chipboard part about one by two meters in size, very heavy, reinforced at the bottom with two three square timbers to prevent sagging. That goes safely. But a solid frame scaffolding is lighter. The model railroader has to put more work into the tracks, but the necessary tinkering also opens up more possibilities.
You can also start with a small footprint, for example 35 by 85 centimeters. Here you can set up a small scene and gain a lot of experience. You can also maneuver a little back and forth. By the way: a model railroad does not have to go in circles. The big train doesn't do that either. The traffic usually leads to a destination station and back again.
Lined up modules or segments make longer distances possible - and you can always tinker again, add the newly created module to the others. There are module standards with end pieces defined with millimeter precision and uniform technology for fans who tinker their modules together in large halls to create several hundred meters of driving distance. In contrast, segments fit in a certain order to exactly one system. They are only used for simple assembly and disassembly or transport.
Whatever you intend to do, it can, but does not have to be exactly copied in an exemplary fashion. The space available at home regulates the space required. Module boxes, cleverly constructed, can be stacked on top of each other, and the module system can only be completely assembled from time to time. Some lead their narrow modules along the room or basement wall.
Then there are also prefabricated areas made of plastic, but these cost a lot of money and reduce the pleasure of model building.
If you choose a permanently installed system, you have the choice between different types of systems. The rectangle is almost historical. There is the L-shape (goes once around the corner), the U-shape (with two legs), E-, O-shape and who knows what else model railroaders think up.
With each type of layout you should pay attention to a good accessibility, this applies to the handicraft itself as well as to perhaps necessary interventions during operation. And remember: Rome was not finished in a day.

Technology, electricity and digital – yes, you can 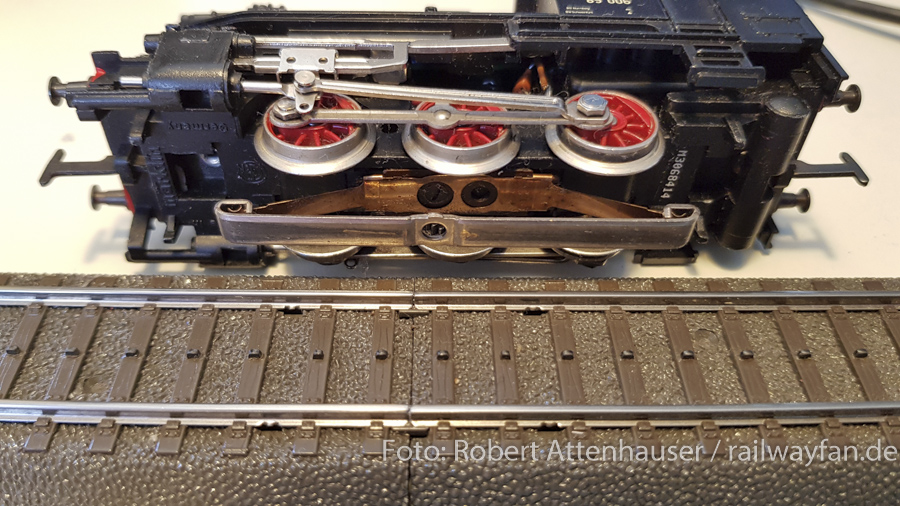 An example of an alternating current technique on the model railroad with the sheet metal grinder for current collection on the point contacts of the center conductor track. (Photo: Attenhauser)ne thing in advance: A model railroad usually needs a power source and is therefore not for small children. Parents simply have to be careful. Even the handling of simple control units such as transformers requires an understanding of the connections. Anyone who drives digitally, i.e. uses a digital control unit to switch a wide variety of functions, should also understand the technology - this is important, at the latest, when something doesn't work. Digital functions in locomotives include switching the lights on and off, coupling or sound functions. The model train manufacturers teach that there are no limits to the variety of functions. And there are also no price limits. My experience: minimal possibilities also mean minimal selection and maximum imagination. In the beginning a simple transformer was enough. With it I could change the driving direction, become faster and slower, turnouts were controlled with a small control panel. There was a lot of time for tinkering around the track. I liked it - and I still do today. Digital is good, because only one circuit is needed for multiple locomotive operation - the digital rest is (nice) distraction. As a beginner, you certainly don't need to pick up a soldering iron, your own small model railroad workshop, at the beginning maybe just a screwdriver, file, glue, grows with time. Maybe a rather simple model is a better choice for children's hands than the detailed locomotive with an investment of 1000 Euro.
Then there is the choice between alternating current (Märklin H0, AC) and direct current (many sizes and suppliers, DC). AC and DC are abbreviations from the English language: AC stands for alternating current, DC for direct current. Several DC manufacturers also offer AC models in the H0 range. By the way, there are also remote controlled cars for model railroads.

Model railroad, role model, epochs - and playing with them

The model railroad epochs are based on the technical development over the decades. Roughly divided, Epoch I stands for the steam train era, II for the Reichsbahn, III is post-war and economic miracle, in IV the focus is on InterCity traffic, V belongs to the ICE and meanwhile there is also the Age VI with the most modern digital technology. One thing has to be said: of course, a steam engine can also run on a modern layout. So why not? Model railroading is a game - even if some model railroaders take a different view of it: it is clear that anyone who wants to recreate reality at a certain point in time is bound to the conditions of that time. In other words: no American diesel locomotive on a Black Forest railroad, trees are to scale, the switch angles are to scale, and with the AC point contacts, it's a thing of the past... You can do that! But actually and originally, model railroading is a toy, isn't it!

Still questions - here are the answers

The Internet offers on countless pages handicraft reports and also videos. Magazines offer insights. And then there are also clubs and the local specialist dealer - where you can meet like-minded people if you like. If you want, you can also ask me a question, I will try to give you a competent answer. 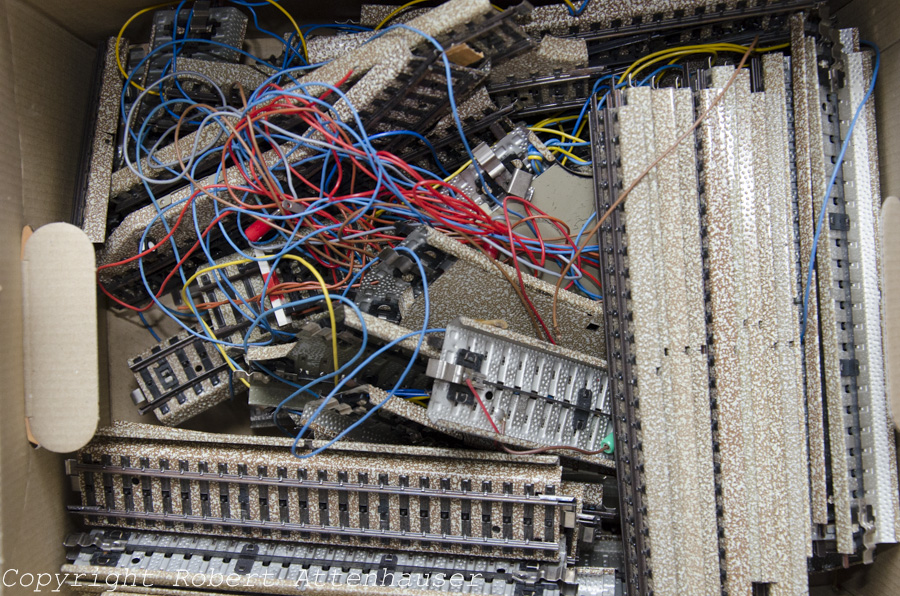 The box in the attic: old Märklin H0 tracks with metal bedding - for some the first step into the model train hobby. (Photo: Robert Attenhauser)

Model train careers often resemble each other: In the beginning there was the record, as a child you tinker until adolescence, then you become an adult and don't bother with such things anymore. The layout is put in the cellar or the box in the attic. This is followed by training, studies, family, career and at some point you stumble over the box with the rails, locomotives and memories again. For some people this is the re-entry into a nice hobby - which today also attracts more and more ladies to the control unit (for both small and large railroads).

How to build a mountain with a tunnel, how to set up a light, how LED technology works, what does the computer have to do with the railroad, what has to be considered when building cardboard models, how do I move the small model railroad figures, patinate buildings, vehicles age, how does rust get onto my track, is a plaster or a wooden substructure with aluminum fly screen more suitable for landscaping or is it sufficient, which color do I use, how does water get into the river, how does snow get onto the winter layout .... The Internet offers tips and answers in abundance. A basic tip: first of all, try to implement it with existing resources. It's fun, it can work. Then you can still browse the web, visit the manufacturer's websites or simply ask model railroad friends. The main thing is that the tinkerer remains with joy in the matter. 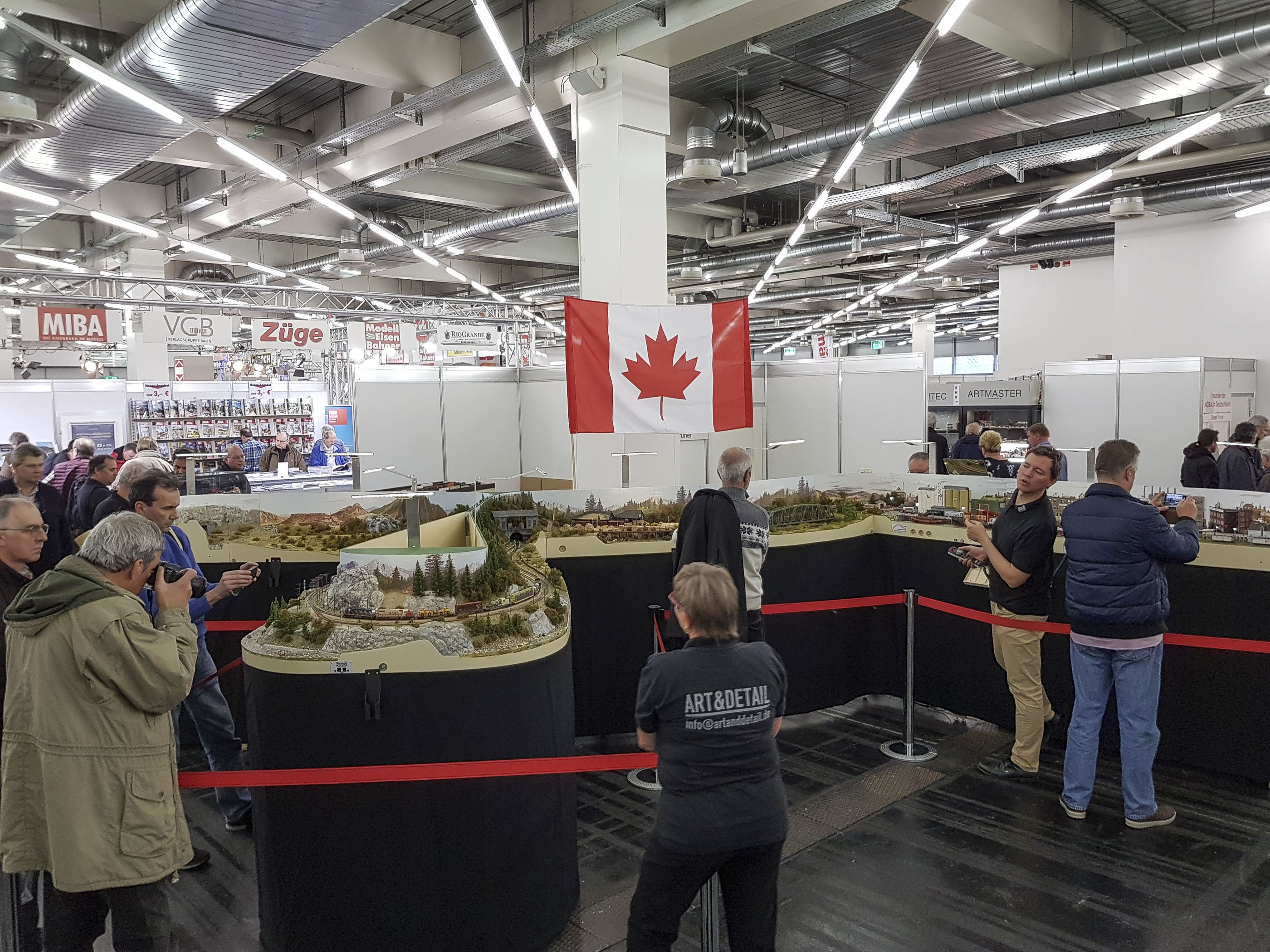 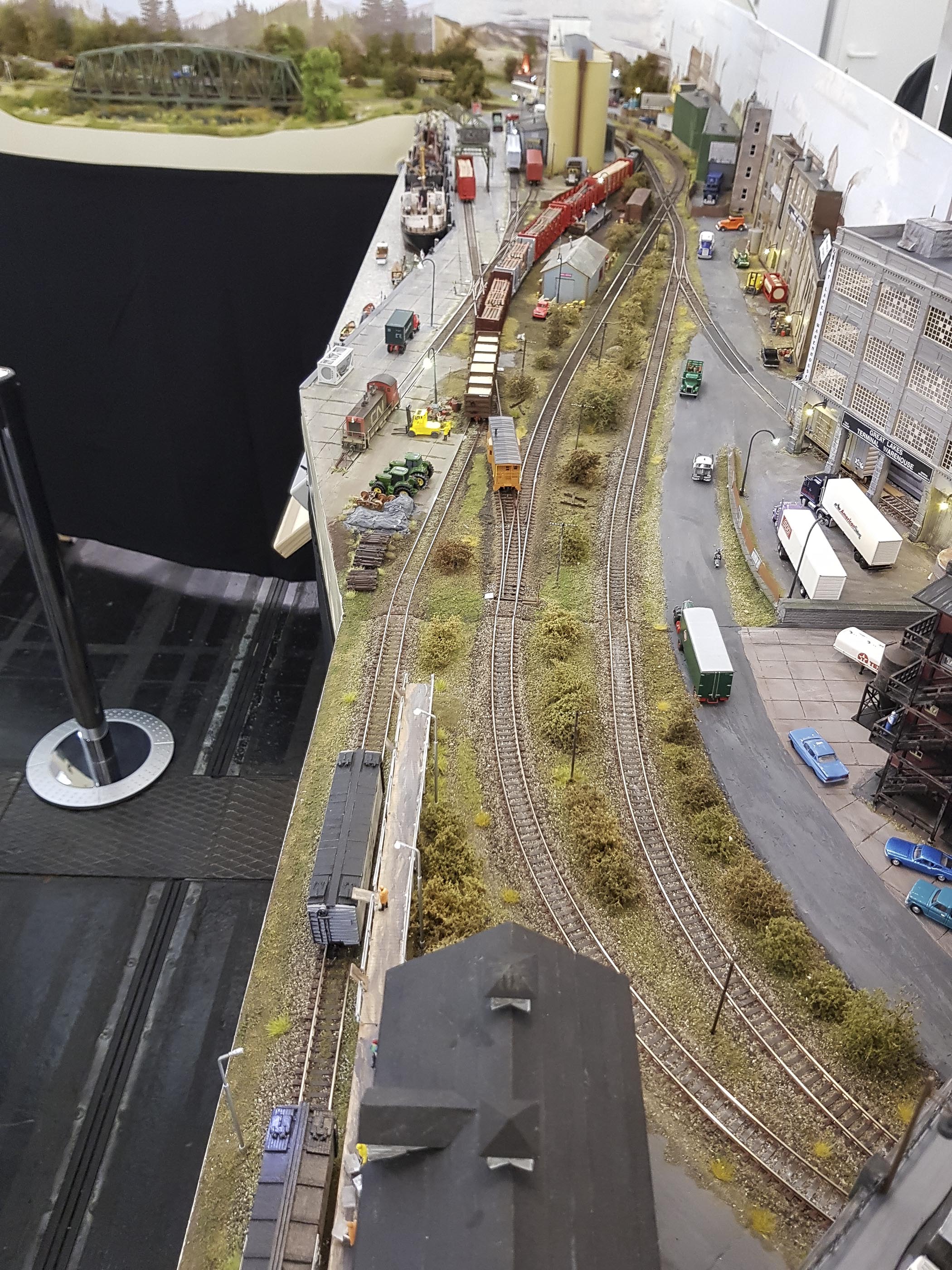 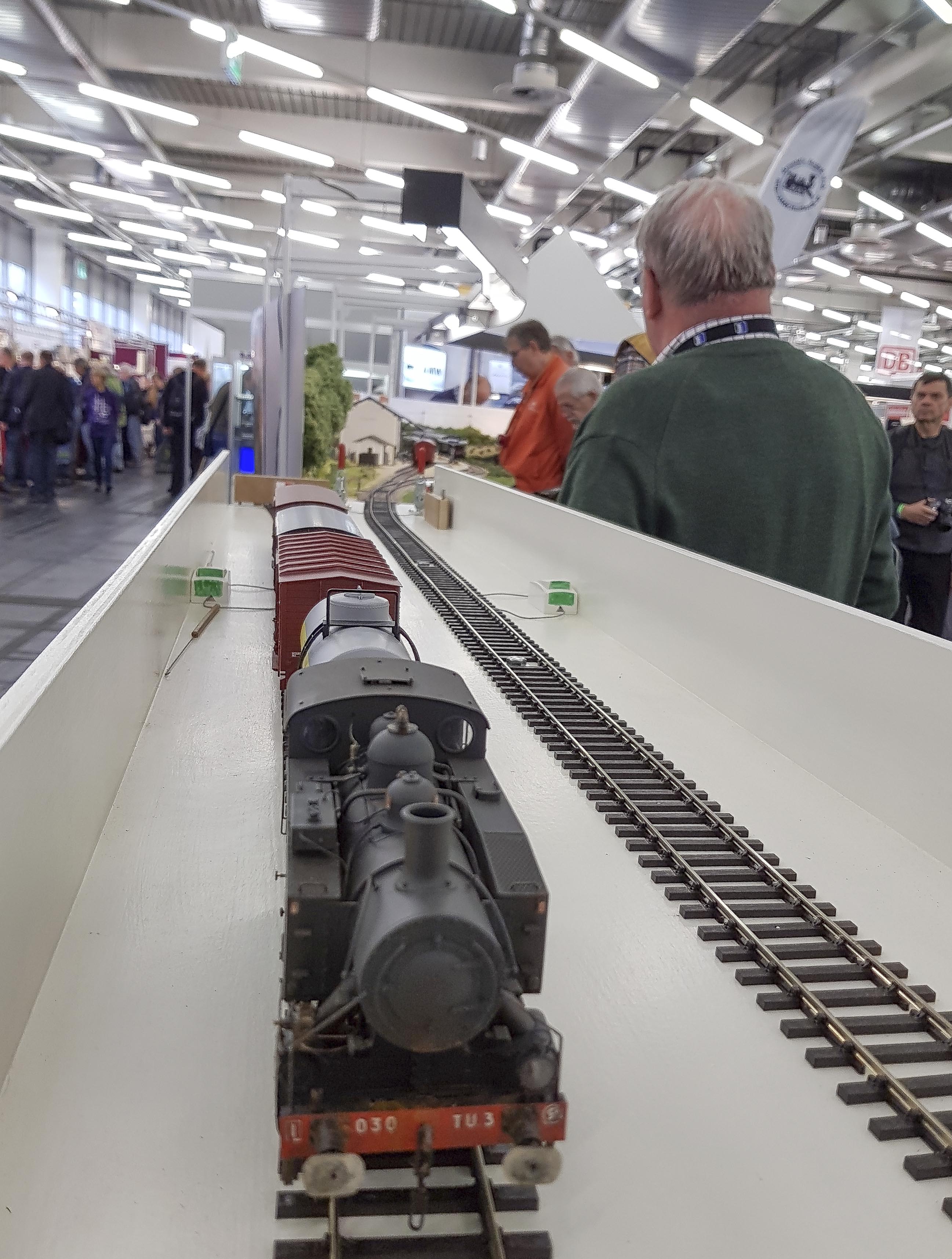 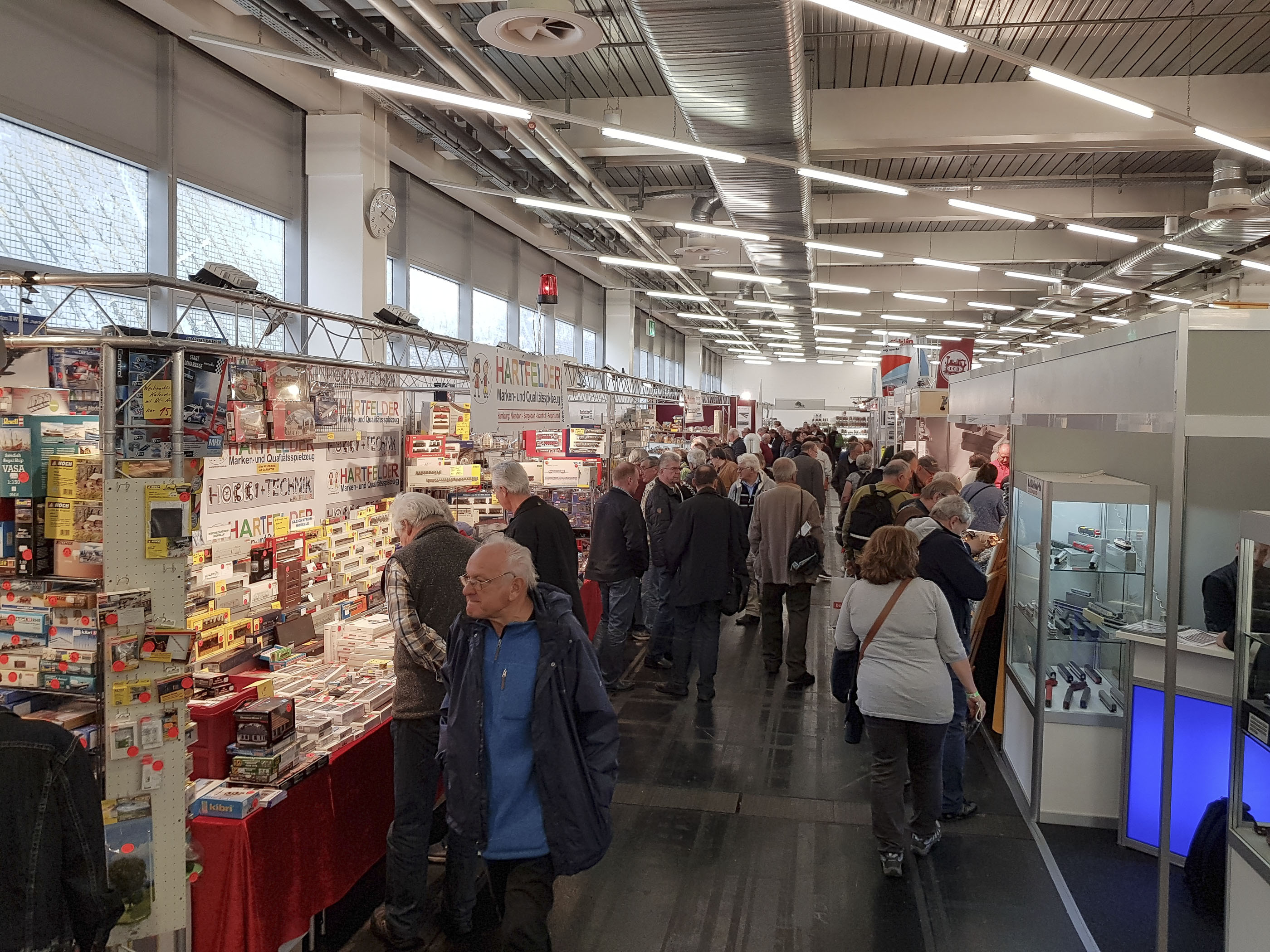 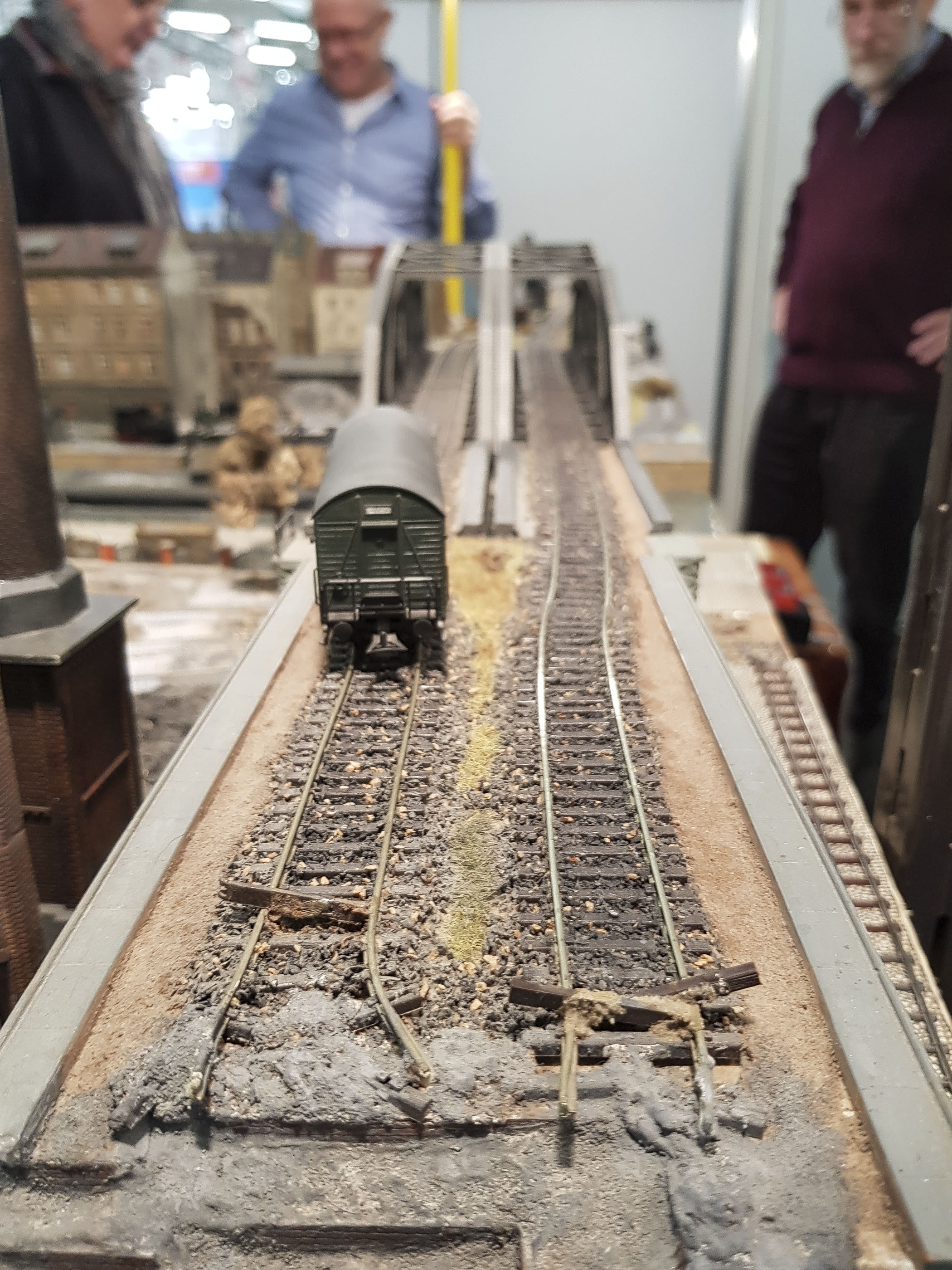 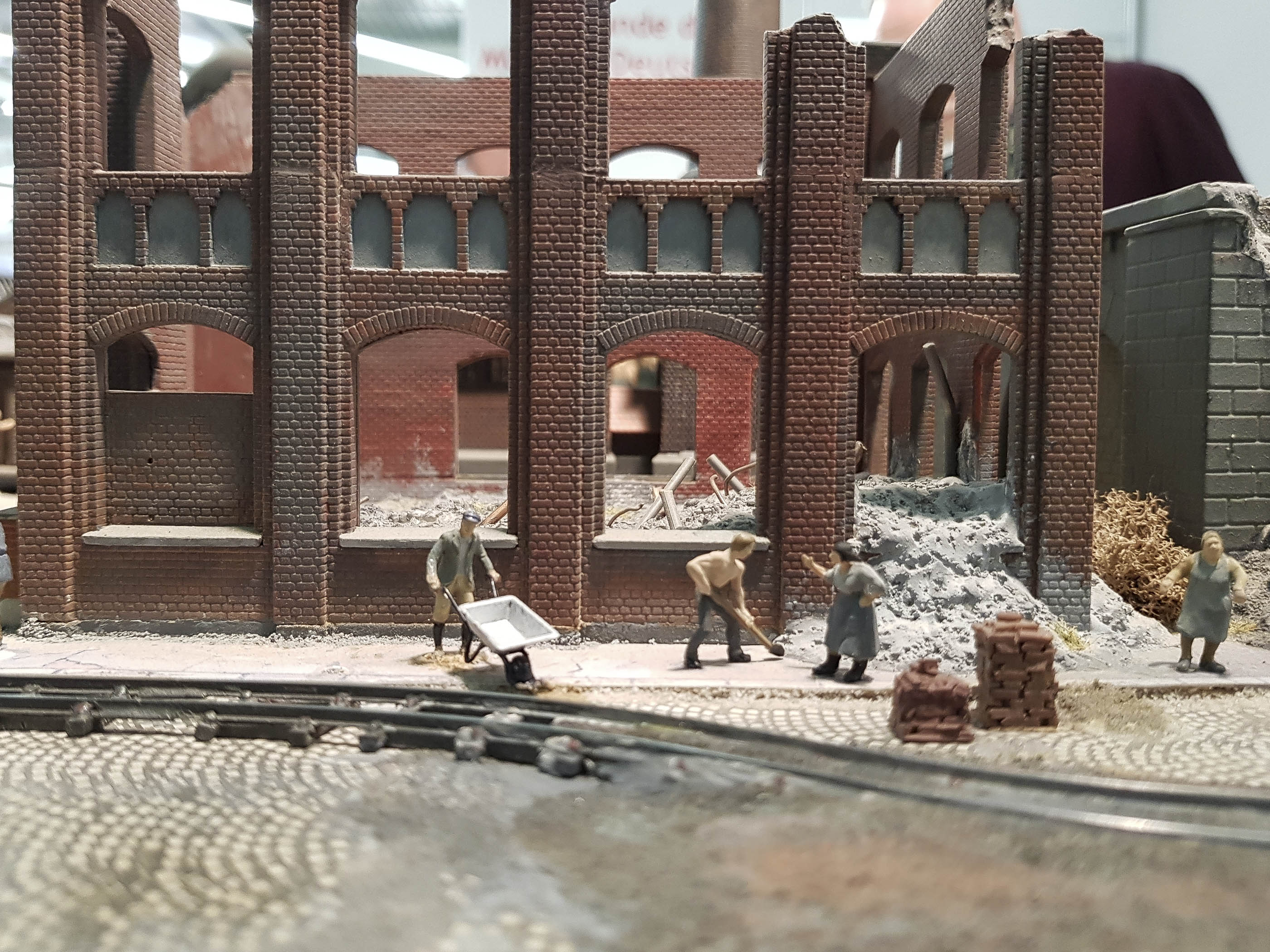 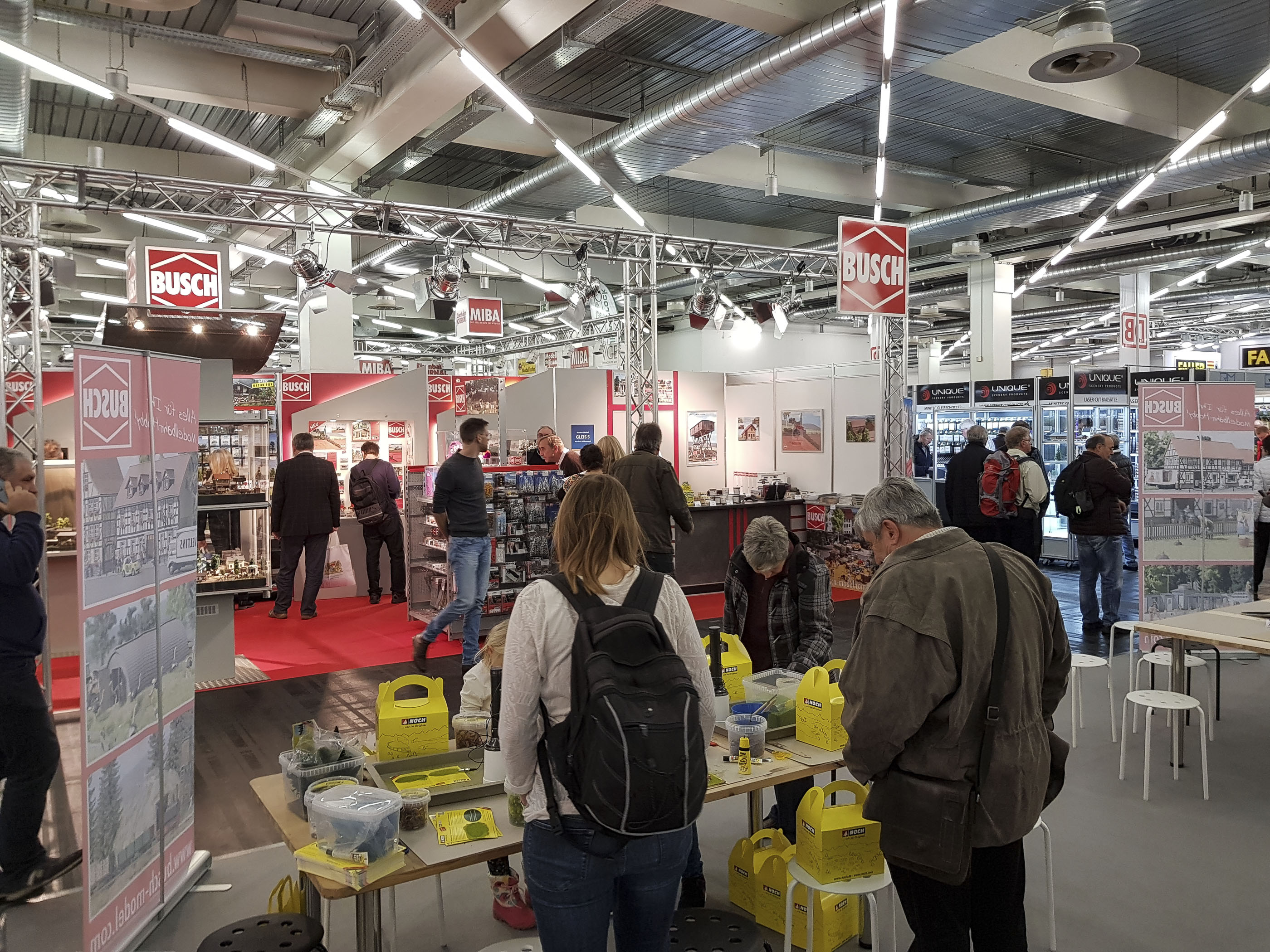 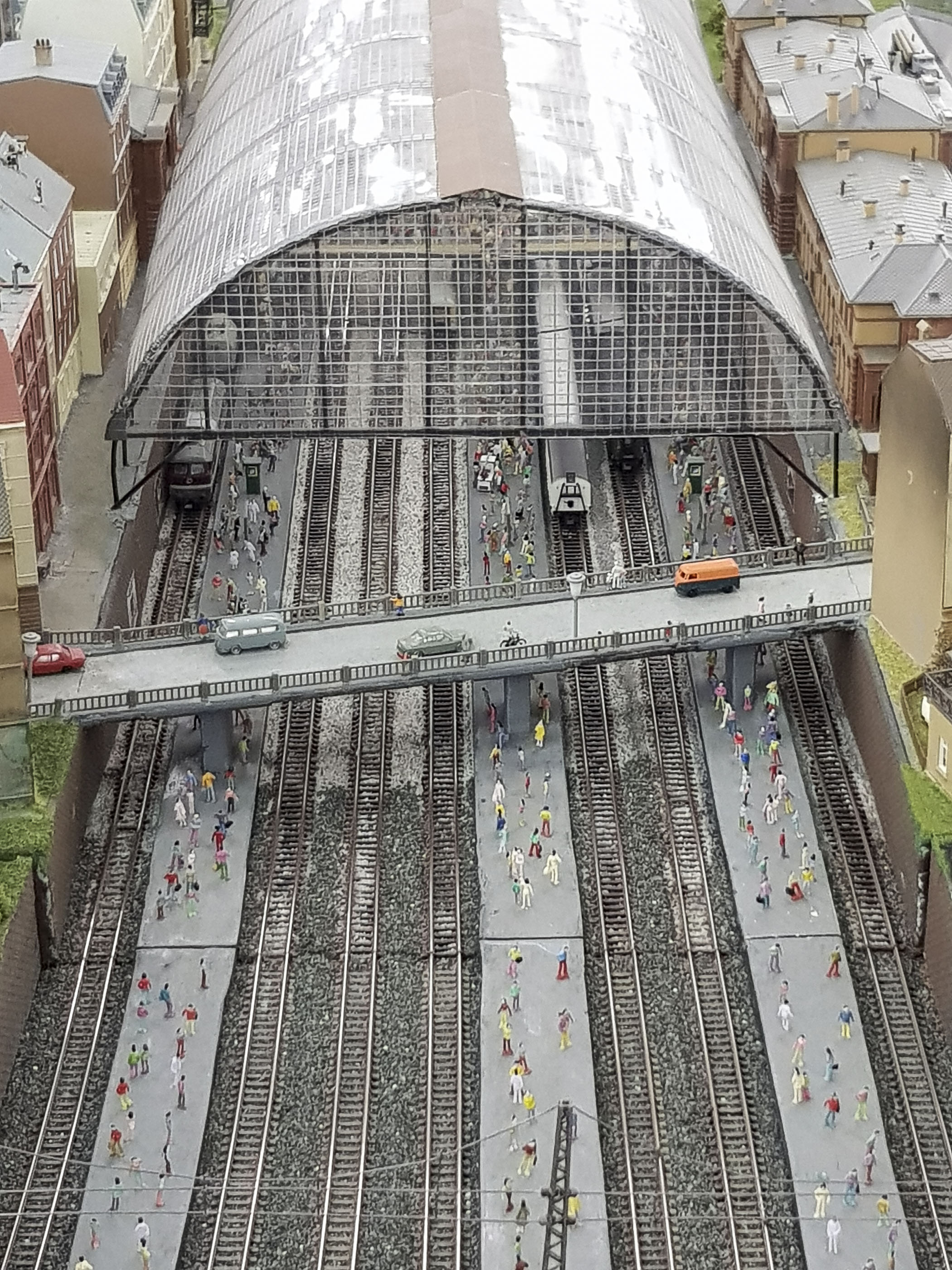 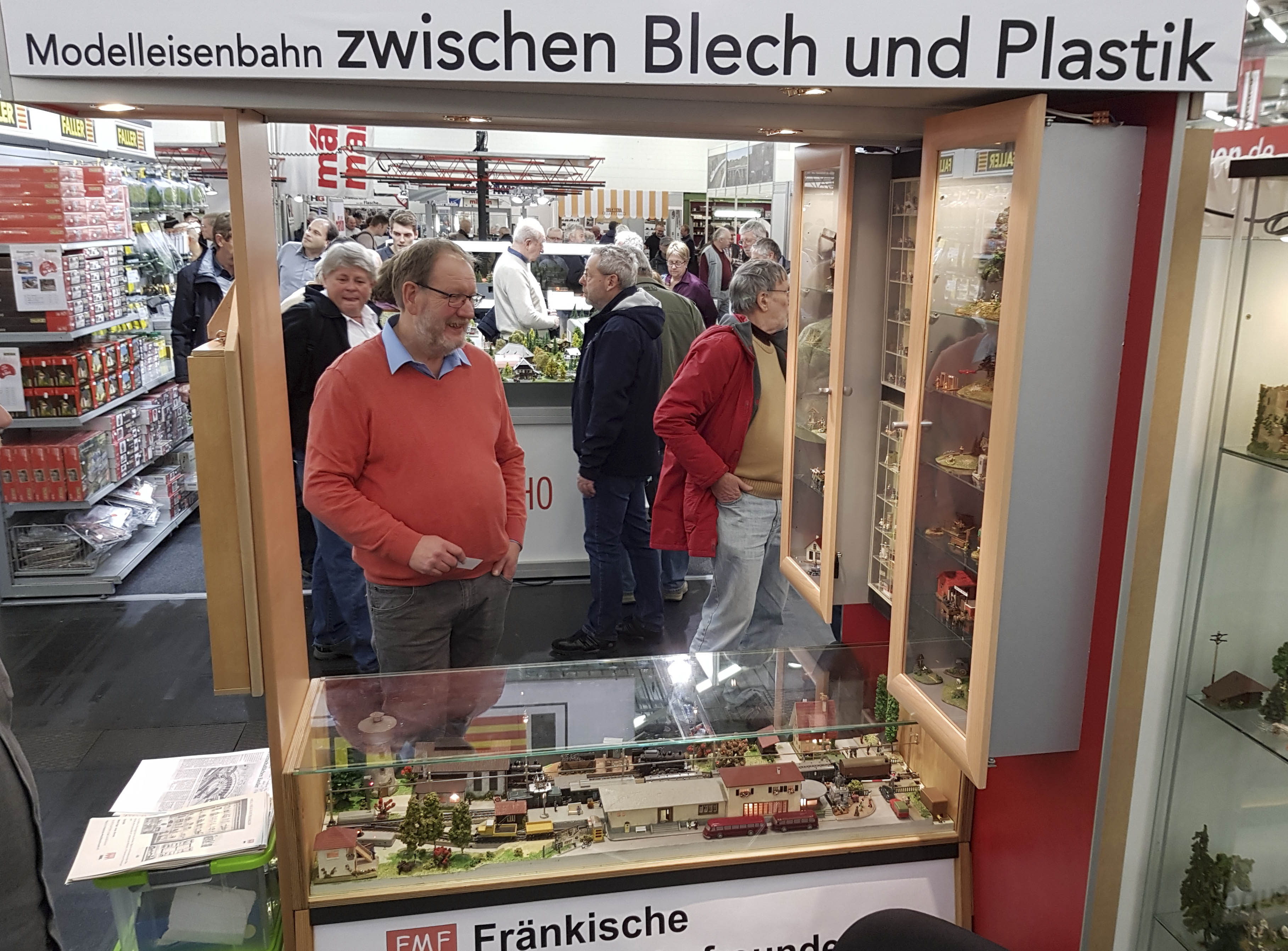 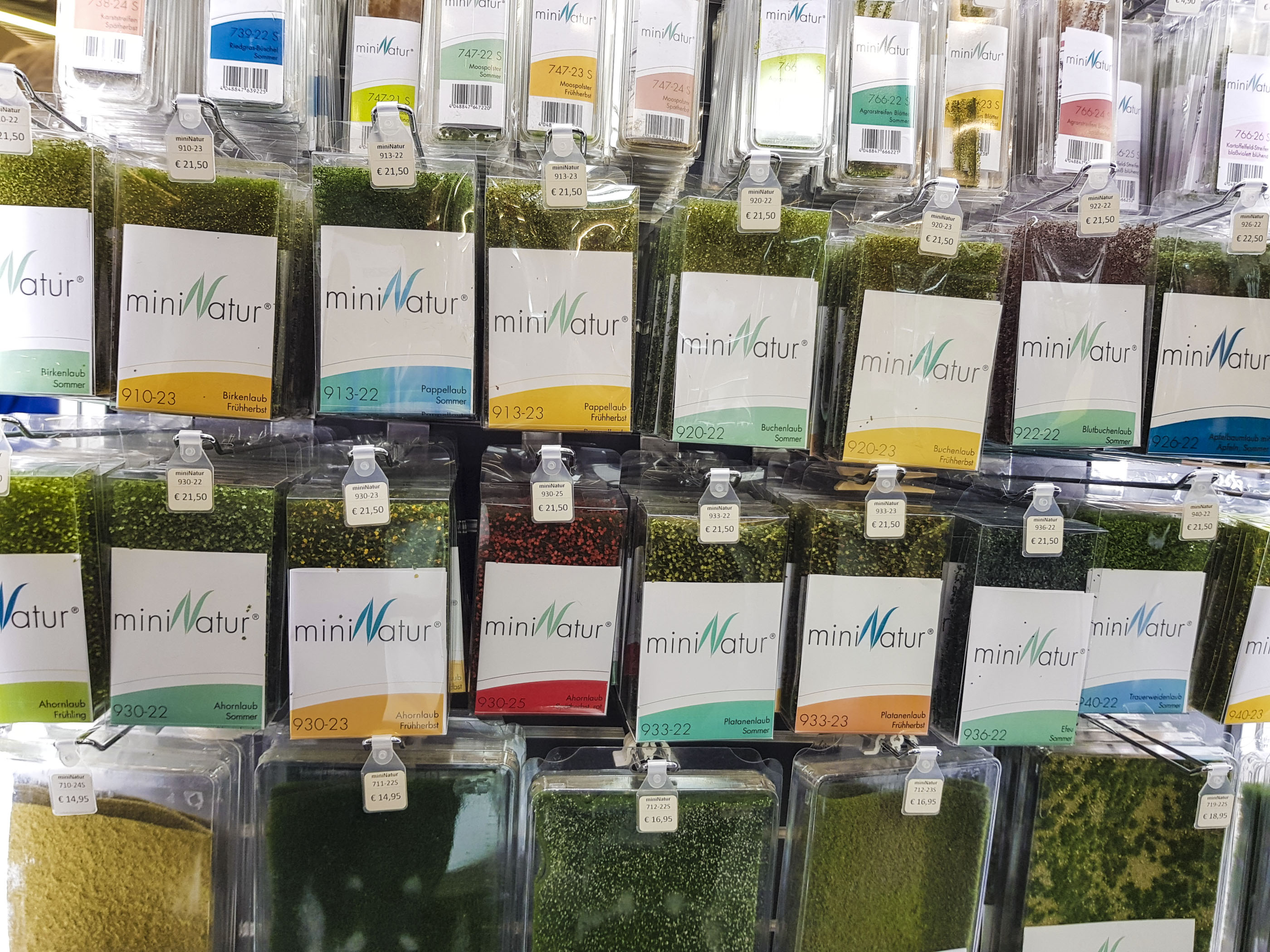 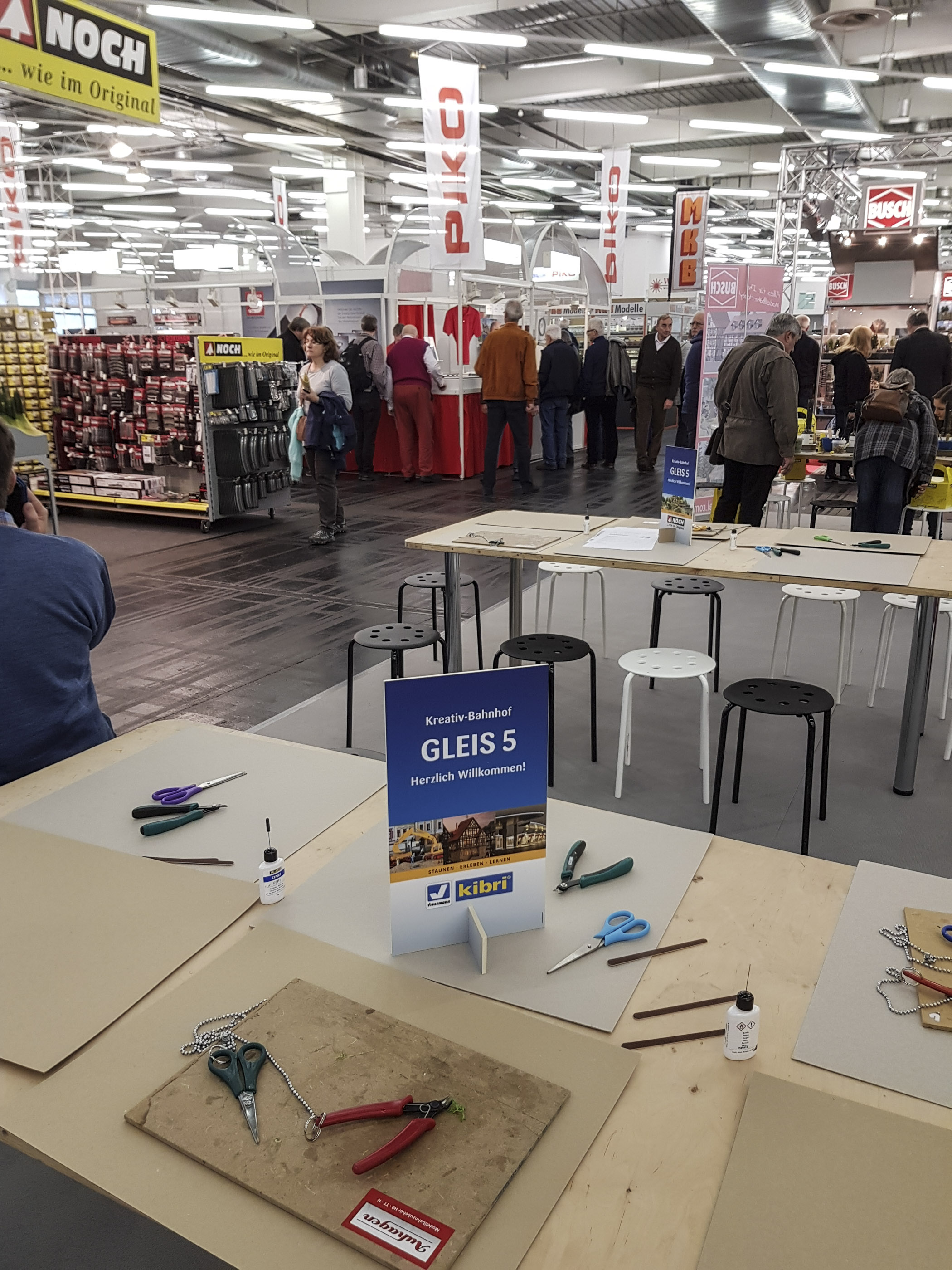